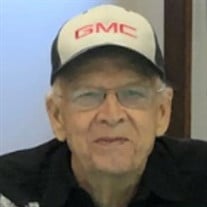 Terry Lee Carlson, 70, of Litchville, ND, beloved husband, father, grandfather, and brother passed away Saturday, June 22nd, 2019 at Sanford Health Fargo. Terry was born December 29th, 1948. He attended school in Hastings, ND through eighth grade and graduated from Litchville High School in 1966. He went to Valley City State College and transferred to Wahpeton State School of Science for two years receiving a degree in Industrial Drafting and Design Technology. He then was employed by Donaldson Co. Inc. in Bloomington, MN. Terry married Rachael Diane Olson September 5th, 1967. To this union a daughter, Jami Leigh Carlson was born April 9th, 1968. They purchased Terry’s parents farm, residing there and farming. Terry worked as a salesman for Farm Motors Inc. in Valley City, ND until purchasing the Amoco Oil Bulk Dealership in Litchville. They then went into partnership with Mitch Haugen and Terry McCleary and started TMT Lumber in Litchville. They moved to Jamestown, ND in 1993 where Terry worked for Pioneer Seed Co. out of Des Moines, IA and was employed with Proseed Co. out of Harvey, ND. They returned to farming making their home on the Olson family farm south of Litchville where Terry went back to his love of farming. Terry enjoyed the outdoors, driving his Ranger around looking at the crops, hunting, fishing, and tinkering in his shop. He loved spending time with his daughter and grandchildren, playing cards with his granddaughters, working on an old pickup and talking farming with his grandson. He was so proud of them. He also had a love of music, dancing, western movies, old cars, woodworking making a cradle for his grandchildren, a hope chest for his daughter, and visiting with family and friends. His humor and quick wit lasted until the end. Terry is survived by his wife, Rachael, of 51 years; daughter Jami Carlson Rodin, LaMoure, ND; grandson Aaron (Kayla) Rodin, Marion, ND; granddaughters, Brenna Rodin, Sioux Falls, SD, Alyson Rodin (Adam Haberman), and Nateal Rodin all of Lamoure. He is also survived by his three sisters: Audrey Peterson, Valley City, Dorene Stark, New Hope, MN, and Sharon (Gary) Pearson, Coon Rapids, MN and sister-in-law LaRue Carlson, Sandy, UT as well as several nieces and nephews. He will also be missed by his dog, Sadie. Terry was preceded in death by his parents, Harry and Alice Carlson; brother Harley Carlson and sister-in-law Sherry Carlson; brother Curt Carlson; two granddaughters, Katelyn and Mackenzie, and two brother-in-laws Joseph Stark and Lyle Peterson. Terry’s love for his family and friends was never ending. He was their rock and protector. He will continue to look over them on his next journey. He is deeply loved and will be deeply missed. A gathering of family and friends will be held Wednesday, June 26th from 5:00-7:00 pm followed by a prayer service at 7:00 pm at the Oliver-Nathan Funeral Chapel, Valley City. Visitation will continue one hour prior to the funeral service, Thursday, June 27 at 10:30 AM at First Lutheran Church Litchville, ND with Pastor Emmy Swedlund officiating. Burial will be at the Litchville Cemetery. Funeral arrangements have been entrusted to the care of the Oliver-Nathan Funeral Chapel, Valley City. An online guestbook is available at oliver-nathanchapel.com

The family of Terry Lee Carlson created this Life Tributes page to make it easy to share your memories.

Send flowers to the Carlson family.