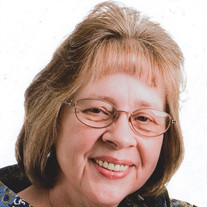 Ruth Ann Kremer, Valley City, ND, passed away at the age of 77, on Wednesday, January 20, 2021 at Mercy Hospital, Valley City. Ruth Ann Kremer was born on September 28, 1943 in Valley City, the daughter of Andrew and Dorothy (Ekert) Fritch. Ruth attended and graduated from College High, Valley City in 1961. She attended Valley City State University and Palmer College of Chiropractic in Davenport, Iowa. Ruth met her husband, Richard Kremer, at the motel she managed in Davenport, Iowa. They were married in 1981. The couple made their home in Brazil for 2 years. In 1983, they moved to Valley City where Ruth worked as a certified nurse’s assistant for Mercy Hospital and the Sheyenne Care Center. In 2005 she retired and devoted her time to her home, her garden and her puppies. Ruth was a member of Connect Church. She could often be found in the church kitchen cooking for events and sharing her gift of hospitality with others. Ruth also loved puppies and spent time volunteering with the Sheyenne Valley Friends of Animals. Ruth is survived by her husband, Richard; three step-children, Kurt (Sandy) of Cardiff By The Sea, CA, Suzanne Kremer of Encitas, CA and Jennifer Kremer, Mesa, AZ; sister-in-law, Marlene Fritch, Valley City; and nieces and nephews. Ruth will be truly missed. She was preceded in death by her parents; sister, Janet Votaw; brother, Dean Fritch; and two step-daughters, Karen Kremer and Monica Kremer The funeral service will be 2:00 pm, Monday, January 25, 2021 at Connect Church, Valley City. Burial will be at Memory Gardens in the spring. The funeral service will be live streamed at https://vimeo.com/503192604 Memorials may be directed to Sheyenne Valley Friends of Animals. Funeral arrangements have been entrusted to the Oliver-Nathan Funeral Chapel, Valley City. An online guestbook is available at www.olivernathanchapel.com

The family of Ruth Ann Kremer created this Life Tributes page to make it easy to share your memories.

Send flowers to the Kremer family.