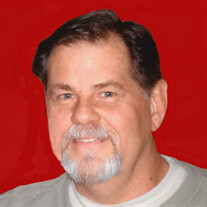 The memorial service for Roger Lee Hochberger, 66, Fingal, North Dakota, will be 11 am Friday, July 22 at the Oliver-Nathan Funeral Chapel, Valley City. Burial will be in the Nordheim Cemetery, Kathryn, North Dakota. He died July 18, 2016 at Sanford Health, Fargo. Roger Lee Hochberger was born November 12, 1949 at Havre, Montana, the son of Charles and Elvey (Lindquist) Hochberger. He grew up and went to schools along the Hi-Line of Montana, graduating in 1967 from Malta High School. Roger served in the United States Air Force from 1967 – 1971. Upon his discharge he worked the western North Dakota oil fields before attending the University of Montana in mechanical engineering and later received his MBA at the University of North Dakota. He was united in marriage to Claudia Nelson on May 26, 1984 in Bismarck, North Dakota, where they made their home. He was an instructor at Bismarck State College teaching “Power Plant Technology”, the course he designed. They eventually moved to Elk River, Minnesota where he worked at United Power for a time and then they moved to Delaware where he worked at the Indian River Power Plant for five years. They made their home in Fargo and he worked as a Vibrations Engineer at Cargill. In 2008, they purchased a farmstead near Fingal and he became a dealer for Central Boiler Outdoor Furnaces. Roger was a member of the Valley City Eagles Club, the Bismarck Elks Club and the American Legion. He was an accomplished musician, avid reader and self-taught machinist He was preceded in death by his parents. Roger is survived by his wife Claudia; a step-son, Tim (Jennifer) Pittenger, Bismarck; a step-daughter, Amy Pittenger (Patrick Gleason), Bloomington, Minnesota; four step-grandchildren, Samuel Gleason, Sophia Gleason, Crist Pittenger, and Cade Pittenger. He is also survived by his sister, Diane (James) Simmons, Chicago, Illinois; two sisters-in-law and a brother-in-law, Lois and Leslie Brandvold, Valley City and Elizabeth Nelson, New Mexico; and several nephews and nieces. Arrangements have been in entrusted to the care of Oliver-Nathan Funeral Chapel, Valley City, North Dakota.

The memorial service for Roger Lee Hochberger, 66, Fingal, North Dakota, will be 11 am Friday, July 22 at the Oliver-Nathan Funeral Chapel, Valley City. Burial will be in the Nordheim Cemetery, Kathryn, North Dakota. He died July 18, 2016... View Obituary & Service Information

The family of Roger Lee Hochberger created this Life Tributes page to make it easy to share your memories.

Send flowers to the Hochberger family.