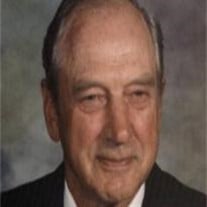 Robert Koering was born January 20, 1926 to Henry and Minnie (Ventz) Koering of Hillsboro, ND. He grew up on the family farm north of Hillsboro with his three brothers and five sisters. Robert was educated at Hillsboro. Upon graduation he entered the US Navy in 1944. Bob served in both the Atlantic and Pacific Theatres. He served on the USS Hermitage, a large troop transport ship making numerous trips from New York to London and New York to France. In the Pacific Theatre, the Hermitage made trips from San Francisco to Hawaii, Guam and off the shores of Japan. After the USS Hermitage, Bob served on the USS Earle and the USS Adams, destroyer escorts. Upon his return home, Robert began working in Mayville for Trail County Electric (commercial and farm electrification). He married Marian Thompson of Hatton, ND on April 2, 1949. Soon after that he joined the firm of Electrical Builders Inc. of Valley City, ND. In the late 1950’s he worked for Diversified Electric with Leon Bellmore in the Bottineau, Westhope and Newburg areas, electrifying oil wells and pumping stations. He returned to Valley City working for Electrical Builders, Inc. as a partner. They specialized in commercial and power sub stations, construction and wiring. Robert worked on projects in ND, SD, MT, WI, WY, NE, IA, and MN. Marian and Robert moved to Valley City in 1964. He retired in 1990 after 42 years in the electrical business. Bob and Marian lived in many areas where Bob’s work took them, making friends all along the way. Robert served as an usher at Our Savior’s Lutheran Church for many years. He was a member of many groups and organizations such as the Elks, Eagles, American Legion, VFW, Valley City State V500 Club, and the Valley Country Club. Robert enjoyed golfing with his senior group, sports, putting up Christmas lights, working with flowers, playing cards, listening to big band music, attending concerts and reading. Bob is survived by his wife, Marian of 61 years; three sisters, Bernice Christianson of Hillsboro, ND, Irene Peters of CA and Eloise Koering of Fargo, ND; and many nieces and nephews. He was preceded in death by his parents; sisters, Mildred and Velma; and brothers, Herman, Ervin and Walter.

Robert Koering was born January 20, 1926 to Henry and Minnie (Ventz) Koering of Hillsboro, ND. He grew up on the family farm north of Hillsboro with his three brothers and five sisters. Robert was educated at Hillsboro. Upon graduation he... View Obituary & Service Information

The family of Robert Koering created this Life Tributes page to make it easy to share your memories.

Send flowers to the Koering family.