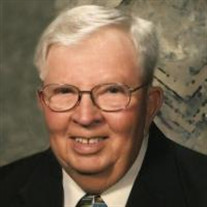 Not sure what to send?

Memorial services celebrating the lives of Richard R. Nordquist, 87, of Litchville, North Dakota and his daughter Karleen Nordquist will be at 11:00 a.m. on Saturday, June 4, 2022 at Elim Evangelical Free Church, Valley City, North Dakota. Following the celebration of life service and luncheon in Valley City, there will be a barilla service for Richard and Karleen at Elim Cemeter in rural Litchville. Richard passed away peacefully, with family by his side, on Wednesday, December 8, 2021 at Country Manor Senior Care Center in Sartell, Minnesota. Karleen passed away peacefully on January 25, 2022 after complications from a stroke. Richard was born on October 26, 1934 in Valley City, North Dakota to Carl and Ethel (Selsand) Nordquist. He graduated from Svea High School and proudly served in the US Army at Fort Lewis, Washington. Richard returned home in 1959 and began farming. He married Edna Belling on June 20, 1964 at the Litchville Lutheran Church. They resided on the family farm in rural Litchville most of their married lives, raising two daughters. Richard and Edna moved to the St. Cloud area to be near family while still spending summers at the farm. They are members of Elim Evangelical Free Church in Valley City, ND and Grace United Methodist Church in St. Cloud. Richard will be remembered for his love of farming, love of animals and his calm disposition. He is survived by his beloved wife of 57 years, Edna; daughters, Karleen Nordquist; Lisa (David) Wipson; grandsons, Christopher (Kylie) Wipson and Kyle Wipson; siblings, Kenwood (Diane), Syneva Heupel; sister-in-law, Linda (Wayne) Heinrich; and many nieces and nephews. He was preceded in death by his parents; brother, Lowell (Carol); sister-in-law, Dorothy Nordquist; and brother-in-law, Willis Heupel.

The family of Richard R. Nordquist created this Life Tributes page to make it easy to share your memories.