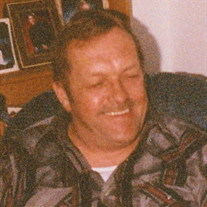 The funeral service for Richard Lee Gusaas, 71, Wenatchee, WA, formerly Litchville, North Dakota, will be 1 pm Thursday, October 18, 2018 at Oliver-Nathan Funeral Chapel, Valley City, North Dakota. He died Sunday, September 30, 2018 in Wenatchee, WA. Richard was born January 25, 1947 in Valley City, ND to Morris and Dorothy (Farley) Gusaas. After graduating from Litchville School, he worked in Fargo, ND for several years. In 1976, he moved to Wenatchee, WA and worked as a pipe fitter until his retirement. He enjoyed traveling especially on his motorcycle and spending time outdoors. He is survived by his mother, sisters, Sharon (Victor) Pfarr, Judith Keyser, Wanda (Steve) Kurts and several nieces and nephews. He was preceded in death by his father, a sister JoAnn McGuire, two nieces, and two nephews. The family would like to thank Joe and Kathy Gates and family for their friendship and care of Dick. Thank you as well to those who were able to visit him before his passing. Funeral arrangements have been entrusted to the care of the Oliver-Nathan Funeral Chapel. An online guestbook is available at www.oliver-nathanchapel.com.

The family of Richard Lee Gusaas created this Life Tributes page to make it easy to share your memories.

Send flowers to the Gusaas family.