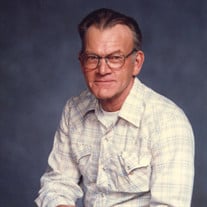 The memorial service for Noel Pritchert, 89, Valley City, North Dakota will be 11 am Friday, June 5, 2020 at Epworth United Methodist Church. The service is open to the public with social guidelines in place. Burial will be in Memory Gardens, rural Valley City. He died Saturday, May 30, at the Sheyenne Care Center, Valley City. Noel Pritchert, the son of Elmer and Anita (Gill) Pritchert, was born December 2, 1030 at LeMert, North Dakota. In July of 1931 the family moved to Valley City where Noel attended school. He enlisted in the US Army at the age of 17 ½ and was discharged after the army found out he wasn’t 18, so he joined the National Guard when he turned 18 and served for two years. Noel began working for the Soo Line Railroad in 1950. He was united in marriage to Pearl Randall on July 19, 1951 in Moorhead, Minnesota. They made their home in Valley City. In 1958, they made their home in Rosholt, South Dakota and later in Glenwood, Minnesota and various towns in North Dakota before moving back to Valley City. After 33 years with the Soo Line, Noel retired in 1983 as a section foreman. He enjoyed fishing and doing repairs on small motors. Noel was a member of Epworth United Methodist Church. He was preceded in death by his parents, two brothers and nine sisters and a daughter-in-law, Bonnie Pritchert. Noel is survived by his wife of just about 69 years, Pearl; a son, Steven Pritchert, Jamestown; a daughter, Diane (Rusty) Bjorland, Jamestown; two grandchildren, Lynnette (Chris) Heaney, Heidi Bjorland; three great grandchildren, Connor Bjorland, Taylor Heaney and Charlie Heaney; and a sister, Barbara (Daniel) Gay, Rochester, Washington. Funeral arrangements have been entrusted to the care of the Oliver-Nathan Funeral Chapel, Valley City. An online guestbook is available at www.oliver-nathanchape.com.

The memorial service for Noel Pritchert, 89, Valley City, North Dakota will be 11 am Friday, June 5, 2020 at Epworth United Methodist Church. The service is open to the public with social guidelines in place. Burial will be in Memory Gardens,... View Obituary & Service Information

The family of Noel Pritchert created this Life Tributes page to make it easy to share your memories.

Send flowers to the Pritchert family.