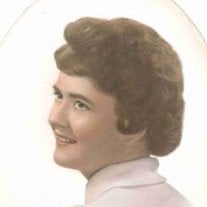 Nila Grenz, 71, Fargo, ND, formerly of Valley City and Grand Forks, ND, lost her courageous battle with cancer on August 27, 2013, but not without a dang good fight. She died under the exceptionally good care of the staff at Villa Maria and Hospice of the Red River Valley. They made her last months as comfortable as possible. Nila Laureign Neppl was born March 28, 1942 in McCauleyville, MN to Harold and Laureign (Bellmore) Neppl. Her grade school years were spent in Breckenridge, MN. In 1960, she graduated from Casselton (ND) High School. She married Merle Grieger and they made their home in New Salem and Breckenridge. They were later divorced. She attended North Dakota State College of Science in Wahpeton and received her degree as a legal secretary and worked at the Cass County Court House. On March 17, 1972, she married Walter Grenz at Olivet Lutheran Church in Fargo, ND. They moved to Grand Forks in 1976, where she worked for a private law firm for 10 years. In 1992, they moved to Valley City, ND and she began working as a secretary for a construction company, retiring in 2004. She then worked at the American Legion parttime. Wally died on October 25, 2011. Nila moved to Fargo in 2012. She entered the Villa Maria in May 2013. Nila is survived by her son, Todd (Shell) Grieger of Fargo; daughter, Valerie (John) Kalal of Wichita, KS; step daughter, Roxanne Grenz of Thief River Falls, MN; grandchildren, Mandy (Drew) Rucker, John (Shannon) Kalal, Ryan Grieger and Nichol Tueewen; great grandchildren, Destiny Tueewen and Bella Kalal; brothers, Morris (JoAnn) Neppl of West Virginia, Tim Neppl of Illinois and Randy (Jan) Neppl of Wahpeton, ND; and sisters, Trudy (Raymond) Such of Fargo, Marjorie Polanski of Thief River Falls, Jay Neppl of Breckenridge, MN, Carol (Paul) Lenoue of Kent, MN and Renee (Scott) Rossow of Wahpeton. She was preceded in death by her parents, Harold and Laureign (Bellmore) Neppl; husband, Walter Grenz; and brothers, Kenneth, Richard, and Terry Neppl. The memorial service for Nila will be 3 p.m. Saturday, August 31, 2013, at the Oliver-Nathan Funeral Chapel, Valley City, with Rev. Dan Forsberg officiating. Inurnment will be in the North Dakota Veterans Cemetery. Visitation will be 11 am to 3 pm Saturday in the chapel prior to the service. Funeral arrangements for Nila have been entrusted to the care of Oliver-Nathan Funeral Chapel. An online guestbook is available at www.oliver-nathanchapel.com

Nila Grenz, 71, Fargo, ND, formerly of Valley City and Grand Forks, ND, lost her courageous battle with cancer on August 27, 2013, but not without a dang good fight. She died under the exceptionally good care of the staff at Villa Maria and... View Obituary & Service Information

The family of Nila Laureign Grenz created this Life Tributes page to make it easy to share your memories.

Send flowers to the Grenz family.