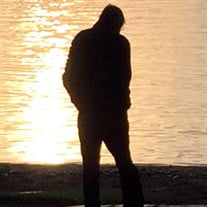 The Hon. Mikal Jerome “Mike” Simonson, 68, of Valley City, N.D. died in the early morning hours of Aug. 5, at Mercy Hospital in Valley City. Mike was born Nov. 18, 1947 in Portland, Ore. to his parents, Elton Jerome “Jerry” and Alice Barbara (Tollefson) Simonson and was the oldest of four children. Mike wed Mary Elizabeth Paulson on May 30, 1970 in Bismarck, N.D. Shortly after his birth, Mike moved with his parents to a farm in rural Watford City, N.D. where he grew up and attended Watford City High School, serving as class president his senior year and participating in many sports. After high school he attended one year of college at Dickinson State University before transferring to Valley City State University, where he met his future wife and graduated with a bachelor’s degree in social studies education. For three years, Mike taught history and social studies in Ashley and Fort Yates, N.D. before attending the University of North Dakota School of Law in Grand Forks. Following Law School, Mike entered private practice before taking on the role of Barnes County State’s Attorney. He would be elected County Judge in 1987 and would assume the role of District Judge a few years thereafter, serving his community from the bench for nearly 25 years. Mike was an avid golfer in his prime, playing in many summer men’s leagues at the Valley City Town & Country Club and in later years could be easily convinced to join his boys in the boat fishing or out in the field hunting grouse and pheasants behind their labs, Jake and Gunnar who both held a special place in Mike’s heart along with his black lab mix, Shunka. He was quick with a pun and had a wry sense of humor that spilled over into all aspects of his life, including his love of fantasy sports and his creative team nicknames. He especially enjoyed baseball, attending numerous Twins games each summer in Minneapolis and visiting various other MLB parks around the country on trips with family and friends. He is survived by his wife, his sons Nicholas Simonson (Angela Sersha) of Marshall, Minn., and Benjamin Simonson of Valley City. He is also survived by two grandchildren, A.J. Simonson, and Jackson Simonson of Marshall and his sisters Karen (Daniel) Christ of Northfield, Minn., and Margaret (Denton) Zubke of Watford City and nine nieces and nephews. Mike was preceded in death by his parents and his brother Kenneth Simonson. Visitation, prayer and celebration of life services for Mike will be held at 7 p.m., Monday, Aug. 8 at Oliver-Nathan Chapel in Valley City; funeral services will be held at 11:30 a.m., Tuesday, Aug.9, at All Saints Episcopal Church in Valley City. In lieu of flowers, the family requests that memorials be made in his honor to the VCSU Foundation, the Open Door Center of Valley City or a charity of your choice. An online guestbook for Mike is available at www.oliver-nathanchapel.com

The family of Hon. Mikal "Mike" Jerome Simonson created this Life Tributes page to make it easy to share your memories.

Send flowers to the Simonson family.