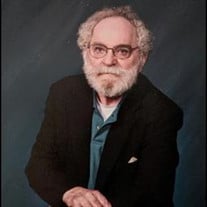 Menzo Regnerus, 89, Lisbon, North Dakota formerly of Valley City, North Dakota passed away September 12, 2019 at the North Dakota Veterans Home, Lisbon. Menzo was born on May 19, 1930 in Alvord, Iowa. He was the son of Gerrit and Tryntje (Reitsma) Regnerus and the youngest of five children. They lived in Hull, Iowa and Menzo was four years old when his father died.He attended school in Hull and graduated from Western Christian High School in 1947.He was inducted into the army on February 26, 1952 and successfully completed a course in general carpentry. He then served in Korea until 1953. On September 28, 1956, Menzo married Ella Marie Kruid in Hawarden, Iowa. They made their home in Hull, Iowa and had two daughters. He worked at the local lumber yard as a carpenter. The family moved to Ripon, California in 1970 joining Menzo’s brother, Clarence, who already lived there with his family. While there he worked at an agriculture processing plant. Ella Marie passed away from cancer in 1980. Menzo met Dorothy Byberg from Valley City, ND on an airplane going to Sioux Falls, SD. She was sitting in his seat although ‘most of the seats were empty.’ She learned he was back for a funeral and she asked if he had the Lord Jesus as his Savior and he said he did. Two years later they were married on July 27, 1987 at Our Savior’s Lutheran Church, Valley City. They made their home there. He attended Valley City State University as a non-traditional student and graduated in 1991 with a bachelor’s degree in University Studies. That was quite an accomplishment for someone who hadn’t attended school since 1947! He worked at the University, First National Bank and the Congregational Church until his retirement. Menzo was a member of Our Savior’s Lutheran Church and a member of the Valley City Kiwanis for 10 years. Dorothy passed away in 2009. Menzo was a friendly guy and always waved or greeted anyone who crossed his path. He planted and tended a beautiful garden of flowers in front of his home in Valley City. He loved watching baseball and was a lifelong fan of the New York Yankees. When he moved to North Dakota he also enjoyed watching the Minnesota Twins. His favorite hobby was putting together jigsaw puzzles. He went through so many puzzles, doing some of them two or three times! In 2014 he moved into the Veteran’s Home in Lisbon where he continued to work on his puzzles and tease and joke with residents, caregivers and staff until the end. He was preceded in death by both of his wives, his parents, four siblings, Bert, Pearl (Van Regenmorter), Clarence and Mabel (Wallenburg). Menzo is survived by his two daughters, Gloria (Kenneth James) Campbell, Grand Rapids, Michigan and Pam Regnerus, Seattle, Washington; two grandsons, Bradford Campbell and Paul (Yunseo) Campbell and one great-granddaughter, Yuna Rose Campbell; stepchildren Marlo (Bonita) Byberg, Barbara (Gary) Larson and Brenda (Steve) Metcalf; several step-grandchildren and step-great-grandchildren. A memorial service will be held in his honor on September 29 at 3:00 pm in the chapel at the Veteran’s Home, 1600 Veteran Way, Lisbon, ND. Burial will be in Ripon, California. Memorials may be directed to: Western Christian High School P.O. Box 658 Hull, Iowa 51239 Make checks payable to Western Christian High School and designate on the subject line or envelope - Foundation Gift in Memory of Menzo Regnerus. North Dakota Veteran's Home 1600 Veteran Dr. Lisbon, ND 58054 Make checks payable to North Dakota Veteran's Home and designate the funds to the American Legion Cart or Resident Workshop Fund in Memory of Menzo Regnerus.

Menzo Regnerus, 89, Lisbon, North Dakota formerly of Valley City, North Dakota passed away September 12, 2019 at the North Dakota Veterans Home, Lisbon. Menzo was born on May 19, 1930 in Alvord, Iowa. He was the son of Gerrit and Tryntje (Reitsma)... View Obituary & Service Information

The family of Menzo Regnerus created this Life Tributes page to make it easy to share your memories.

Send flowers to the Regnerus family.