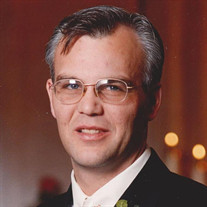 Mark Andrew Singleton was born December 3, 1970 in Valley City, ND, where he lived the majority of his life. He attended VCHS with the class of 1989, but graduated with a GED and proceeded to receive a PhD from the “School of Hard Knocks” He always wanted to farm so he went to work on his friend’s farm near Grand Forks, North Dakota. Mark later moved to Fargo and excelled at his vocation of flooring installation, the trade he learned from his uncle, and spent 1986-2010 doing excellent work installing ceramic tile, carpet, and laminate. While living in Fargo he enjoyed attending his church home, Fargo Baptist Church. Mark worked in Denver installing flooring in several high rises until moving back to Valley City. He owned and operated Singleton Flooring. He loved Chevy pickups and classic cars, western movies, and food. He enjoyed construction, remodeling and flooring. His goal in life was to teach his younger brother carpet installation so he could make a “GOOD” living. He was diagnosed at age 21 with type 1 diabetes, and a severely low blood sugar occurring in 2010, resulted in a 16 day coma which altered the trajectory of his life. He made a miraculous initial recovery, but his body systems steadily degenerated, causing a gradual decline in health over the years. His devoted mother selflessly cared for him over the last decade, sacrificing time and energy without compensation other than gratitude. Mark is survived by his parents: Janice Fox of Valley City, ND; Steve (Melodee) Singleton of IL; a sister, Tamara (Allen) Howe of WI, and a brother, David (Lucia) Singleton of ND; numerous nieces and nephews, cousins, aunts, uncles, and a grandmother, Joreen Singleton Jensen, SC. Preceding him in death were his grandparents, Andrew and Elizabeth Bouck, of Valley City; and paternal grandfathers Ken Singleton and Taylor Jensen, and two uncles. Mark passed away Saturday, April 24, 2021 at Sanford Health, Fargo, after a series of lengthy hospitalizations. His body and his mind endured an incredible amount of poking and medical procedures, but as his body outwardly wasted away, his spirit was renewed as he turned his heart toward the forgiveness Christ purchased. Mark's repentance before the Lord called him home is of great comfort to his family and dear ones, who know that his body and soul are finally at peace and at rest in the glorious presence of our Savior, Jesus Christ. A graveside service will be held 1 pm Tuesday, April 27, at Zion Cemetery, rural Valley City. Funeral arrangements have been entrusted to the care of the Oliver-Nathan Funeral Chapel, Valley City. An online guestbook is available at www.oliver-nathanchapel.com

Mark Andrew Singleton was born December 3, 1970 in Valley City, ND, where he lived the majority of his life. He attended VCHS with the class of 1989, but graduated with a GED and proceeded to receive a PhD from the &#8220;School of Hard Knocks&#8221; He... View Obituary & Service Information

The family of Mark Andrew Singleton created this Life Tributes page to make it easy to share your memories.

Send flowers to the Singleton family.