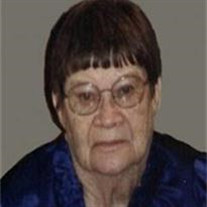 The funeral service for Marion L. Vogel, 86, Valley City, North Dakota formerly of Rogers, North Dakota will be 2 p.m. Monday, September 13, 2020 at Our Savior’s Lutheran Church, Valley City, with Pastor Judy Johnson-Berg officiating. Burial will be in Hillside Cemetery, Valley City. She died Wednesday, September 8, at the Lisbon Area Health Services Hospital. The family will receive visitors from 4 p.m. to 7 p.m. Sunday at the Oliver-Nathan Funeral Chapel, Valley City. Visitation will continue one hour before the service at the church. Marion Lucille Mason was born February 13, 1924 on the family farmstead, near Rogers, the daughter of Clarence and Jennie (Paulson) Mason. She attended school in Rogers and graduated in 1942. Marion went on to receive her teaching certificate from VCSU. She then taught at Maddock, North Dakota. She was united in marriage to Richard Vogel on June 7, 1946 at Bethel Lutheran Church in Rogers. They first made their home on the Coleman farm northeast of Rogers. The following year, they moved to her parent’s farm. They lived there for 32 years. In 1979, they moved into Rogers at which time their son, Everett, took over the farming operation. The farm was very important to Marion and now the 4th generation; Justin Vogel has purchased the farm. In 1980, Marion retired from teaching having taught in Hannaford, North Dakota for 14 years. Previously she had taught at Rogers High, Rogers Grade School and North Central. She had earned her college degree in 1966. Richard died August 31, 2009. Marion moved to the Legacy Place in Valley City. She was recently a resident of Maryhill Manor, Enderlin. Marion was a member of Bethel Lutheran Church and its ladies aid and was also the church organist for many years. She was a 4-H leader for 20 years and a member of Daughters of the Pioneers, Anderson Homemakers; North Dakota Retired Teachers and Valley City Area Retired Teachers Associations. She is survived by her sons, Everett (Miriam), Rogers; Todd (Cindy), Marion, North Dakota; grandchildren, Leah, Amanda, Justin (Whitney Haux), Michael and Jeffrey; and a sister-in-law, Verna (Ralph) Schaefer, Valley City. Marion was preceded in death by her parents, husband, daughter and son-in-law, Valrey and Eugenio Arias; an infant son, Kirby Kim; an infant daughter, Lynae; two brothers, Tyler and Harold and one sister, Eldora Erickson.

The family of Marion Vogel created this Life Tributes page to make it easy to share your memories.

Send flowers to the Vogel family.