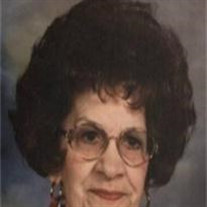 Louise C. Manstrom, 89, of Valley City, ND entered into her heavenly home on September 2, 2010. She was born July 5, 1921 in Valley City, to John and Mary (Teska) Piller, the 9th of eleven children. She attended St. Catherine’s School and graduated in 1939. Her family owned and operated the Piller Theatre in Valley City. She also worked at the FW Woolworth Department store. On February 15, 1944, she married Clifford C. Manstrom at Nebo Lutheran Church in Valley City. Together they raised five children. They lived and farmed south of Valley City until their retirement. In 1984, they moved into their home in Valley City where they both enjoyed keeping their lawn and flowers looking beautiful. They celebrated 50 years of marriage on February 15, 1994. Clifford passed away May 18, 1994 and Louise continued to reside in their home until 2005, when she then moved to Bridgeview Estates. Most recently she was a resident at Maryhill Manor, Enderlin, ND and Sheyenne Care Center, Valley City. Louise was an active member of Nebo Lutheran Church and in later years Our Savior’s Lutheran Church. She sang in the church for many years and will be remembered for her beautiful contralto voice. She was also active in church circles and enjoyed leading many a Bible study. Louise was a member of the Skandia Homemakers Club for many years. She was also a member of the Eagles and VFW Ladies Auxiliaries. She took great pride in her role as a mother and homemaker. She worked hard on the farm, devoting her life to being there for her children and tending to their needs. She spent countless hours of cooking, baking, canning, gardening, housekeeping and all the while humming or singing and never complaining. She will be remembered for her incredible generosity and giving spirit, always thinking of others before herself. Even though she struggled with health issues for several years, she always kept a positive attitude. She was an inspiration to all of us. She will be forever loved and missed by those who knew her. Proceeding her in death were her husband, Clifford; her parents, John and Mary Piller, six sisters, Hattie, Esther, Violet, Gertrude, Dorothy, and Elaine; two brothers, John Jr. and Robert. Louise is survived by four sons, Leslie (Elaine) Manstrom, Valley City, James (Georgia) Manstrom, Valley City, Bruce Manstrom, Colorado Springs, CO, Dale Manstrom, Shakopee, MN; and a daughter, Cynthia (Kevin) Roorda, Marion, ND; six grandchildren; seven great-grandchildren; and two sisters, Gloria Nielsen and Frances Holm both Valley City, ND. She is also survived by several nieces and nephews.

Louise C. Manstrom, 89, of Valley City, ND entered into her heavenly home on September 2, 2010. She was born July 5, 1921 in Valley City, to John and Mary (Teska) Piller, the 9th of eleven children. She attended St. Catherine’s School and... View Obituary & Service Information

The family of Louise Manstrom created this Life Tributes page to make it easy to share your memories.

Send flowers to the Manstrom family.