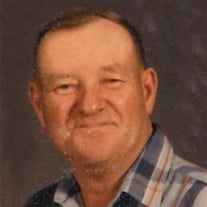 James (Jim) T. Nelson, 90, Valley City, ND formerly of Litchville, ND died peacefully on Monday, April 18, 2016 at the Sheyenne Care Center, Valley City. He was born January 16, 1926 in Litchville, the son of Clifford and Alfie (Birklid) Nelson. At a young age he moved with his mother and younger sister to the Nome area where he attended country school. They later moved to Lisbon where he attended high school and worked at the grocery store and bowling alley. In the summers he worked at his uncle’s farm. He was drafted in April 1944 and trained at Camp Pendleton California as a marine. Jim served as a marine machine gun crewman and rifle marksman in the South Pacific on Okinawa and Saipan from May 30, 1944 to July 5, 1945. He also served in the occupation of Japan from September 24, 1945 to July 1946. After returning home he worked for the Ransom County Highway Department before starting farming near Fort Ransom, ND. In 1950, he married Avis J. Severson at Fort Ransom. They moved with their five children to Seattle in 1960 where he worked for Herr Lumber and Boeing. After being laid off they moved back to ND settling in Litchville. There Jim worked for Northern Improvement, Dahlen Bros. Construction, Barnes County Highway Department and then 24 years for the ND Department of Transportation. Jim enjoyed all sports including fishing the Sheyenne River and Lake Ashtabula with his kids and friends. He attended Litchville basketball games and later Marion, ND, where his granddaughters played. He watched all the Pee Wee games in Litchville until he was 80. Jim also bowled, played cards, shot pool, gardened and went to auctions. In his retirement, his passion was golfing until he was 85. He is survived by his wife of 65 years, Avis; his children, Marge Nelson (Linda), Weyauwega, WI, Rebecca (Tom) Baertsch, Marion, Gerald (Kathy) Nelson, Sanborn, ND, Russell Nelson, Anchorage, AK, and Andrew (Tracy) Nelson, Fargo, ND. He is also survived by his grandchildren, Abby Schmidt, Moorhead, MN, Sarah (Jason) Lutz, Pierre, SD, Amanda Baertsch, Moorhead, Nathan Nelson, Fargo, Kelsey Schwer, Casselton, ND, Joe Nelson, Fargo, Sarah Carter, Fargo, a great grandson, Owen Schwer, Casselton, and a sister-in-law and brother-in-law, Helen and Vernon Huseby, Valley City. Jim was preceded in death by his parents, his step-father, and a sister, Audrey Sorby. The funeral service for Jim will be 2 pm Saturday, April 23, at First Lutheran Church, Litchville with Pastor Marcia Hegna officiating. Burial will be in the Northland Cemetery, rural Kathryn, ND. Visitation will be 4-6 pm Thursday at the Oliver-Nathan Funeral Chapel, Valley City. In lieu of flowers memorials may be directed to Hospice of the Red River Valley. An online guestbook for Jim is available at www.oliver-nathanchapel.com

The family of James Thayne Nelson created this Life Tributes page to make it easy to share your memories.