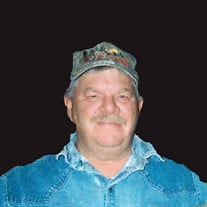 The funeral service for Gregory W. Quick, 64, Dazey, North Dakota will be 2 p.m. Saturday, January 30, 2016 at Our Saviour’s Lutheran Church, Dazey, with Pastor Terry Monson officiating. Burial will be later in the spring. Greg died Friday evening at the VA Medical Center, Fargo, North Dakota, after a courageous battle with cancer. Gregory William Quick was born February 13, 1951, at Valley City, North Dakota, the son of William and Arlene (Berglin) Quick. He grew up and attended school until the 8th grade at Dazey. He then attended school in West Fargo until they moved to Medford, Minnesota, where he graduated in 1969. He served in the United States Army for two years. Upon his discharge, Greg attended Mankato State University and Alexandra Technical Institute. He attained his Boilermaker Union status in 1973. Greg was united in marriage to Ruth Undem on June 26, 1976 at Our Savior’s Lutheran Church, Valley City. They made their home in Medford and he worked in the Tri-state area. They moved to Dazey in May of 1978 and he continued to work for the Boilermaker’s Union until retiring in 2009. He was the Commander of the American Legion Post 149, Dazey, ND. Greg enjoyed riding his motorcycle and doing some gardening on the side. He usually had his dog, Copper, by his side. Greg is survived by his wife, Ruth, Dazey; his children, Typhanny (Mike) Schuler, Sibley, ND, Tiera (John) Opatz, Enderlin, ND, Brittani (Bill) Reim, Bismarck, ND, William (Cassandra) Quick, Dazey, Kollyn Nelson (Marc Stockert), Valley City, Geoffrey (Samantha) Quick, Valley City, and Arial Quick, Valley City; his parents, William and Arlene Quick, Meford; a sister, Kathy Reese, Medford; his grandchildren, Macey and Jaden Schuler, Faith and John, Jr. Opatz, Roman and Elaina Reim, Devin, Kayden, Christopher, Madison and Wyatt Quick; and many uncles, aunts and cousins. He was preceded in death by his maternal and paternal grandparents, and a brother, Kelly Quick. Funeral arrangements have been entrusted to the care of the Oliver-Nathan Funeral Chapel, Valley City. An online guestbook is available at www.oliver-nathanchapel.com

The family of Gregory W. Quick created this Life Tributes page to make it easy to share your memories.

Send flowers to the Quick family.