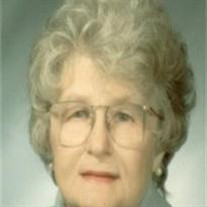 Elnear was born Elnear Annetta Elton, April 1st, 1926, in Audubon, MN, to Norman and Inez Elton. Her younger years were filled with the fun and hard work of growing up on a farm in rural Minnesota, surrounded by her 3 brothers and 2 sisters who have always been a very important and loving part of her life. Elnear attended school in Audubon, MN and went on to college at Concordia College, Moorhead, MN. She later worked for a law firm in Fargo, ND. She married Lee Perkins Oct. 8, 1949 and they began their dream to eventually own their own GM car dealership. They made their first home in West Fargo later moving to Fargo. She worked beside her husband Lee as they fulfilled their dream in 1978 by purchasing the GM dealership, and began Perkins Olds-Cadillac in Valley City, ND. Lee died January 26, 1987. Elnear filled her life with women’s groups and church and community activities. She served many years on the women’s board of the ND winter show, belonged to PEO Chapter A, serving on the State Board and had the honor of serving as the North Dakota State PEO president. Although Elnear enjoyed all these activities, her greatest love was for her children and grandchildren. She was a loving grandmother to 4 grandchildren and 3 step grandchildren who will miss her terribly. The perfect day for Elnear would be spent with her children, grandchildren and family at her lake cabin near Detroit Lakes, MN, where so many great memories were made. She also was a skilled gardener and quilter. Many beautiful works will live on because of her talents. She died May 31, 2010 at her home in Valley City, in the presence of her family that loved her deeply. Elnear is survived by her Son Jerry Perkins (Carol) and daughter, Julee Huseby (Jeff), all Valley City; her grandchildren Jesse Nicholas (Brandon), Brandon Perkins, Nikki and Kassi Huseby; and 3 step grandchildren, Brittany, Cassidy and Michael Wendler. She will also leave behind the newest joy of her life, great grand daughter, Ava Nicole; her sisters, Norraine Peck (Clayton) Detroit Lakes, Minnesota; Donna Callahan (Roger) Mequon, Wisconsin; brothers, Larry Elton (Anne) Hawley, Minnesota; Curtis Elton (Naomi) Meridian, Idaho; and Roger Elton, Minneapolis. She is survived by many nieces and nephews and family who meant the world to her. She is preceded in death by her husband Lee and her parents.

Elnear was born Elnear Annetta Elton, April 1st, 1926, in Audubon, MN, to Norman and Inez Elton. Her younger years were filled with the fun and hard work of growing up on a farm in rural Minnesota, surrounded by her 3 brothers and 2 sisters... View Obituary & Service Information

The family of Elnear Perkins created this Life Tributes page to make it easy to share your memories.

Send flowers to the Perkins family.