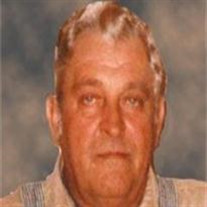 Earl Frederick Priebe was born on June 24, 1925 in Valley City, ND to Frederick and Viola (Beil) Priebe. He attended Noltimier School and graduated in 1943. On February 19, 1946, he joined the US Army, serving in the Philippines and Korea as a medic. He was honorably discharged on April 13, 1947 and returned to Valley City. Upon his return to Valley City, Earl began working for NW Bell Telephone Company. During the summer of 1955, he worked in Alaska, where he worked on the DEW (Distant Early Warning) Line. The DEW Line was a chain of 50 radar and communication stations stretching 3000 miles from Alaska to Greenland. Its purpose was to warn the US and Canada of approaching missiles and planes from Russia. On February 5, 1956, he married Marline Nelson at Our Savior’s Lutheran Church in Valley City. They made their home in Minot, ND. The phone company transferred Earl back to Valley City and eventually to Bismarck, ND. He retired in 1977 after 30 years with the phone company. They moved back to the family farm near Valley City. Earl bought a team of horses, which had been a long time dream for him. Due to health reasons, Marline and Earl moved to Valley City in 1992. He moved into the Sheyenne Care Center in August of 2010. Earl was a family man. He loved spending time with his children and granddaughters. He and Marline were fortunate to have their daughter, Diane, care for them for the past few years. One of the things Earl enjoyed doing was playing Cribbage. He and his family appreciated the care he was given by the third floor staff at the Sheyenne Care Center. He was a member of Our Savior’s Lutheran Church, VFW, Eagles, and American Legion. Earl died peacefully at the Sheyenne Care Center on November 8, 2011. He is survived by his wife, Marline; daughter, Susan (Elroy) Kadrmas of Bismarck, ND; son, Steve (Lynn) Priebe of Valley City; granddaughters, Katharine and Emily; and sisters, Gladys Ratzlaff of Valley City, Annabelle Reichert of Lone Star, TX, Mary Jane Anderson of Edgeley, ND, and Ruth (Walt) Kerbaugh of Cooperstown, ND; and Nancy Deutscher of Moorhead, MN. He was preceded in death by his parents; daughter, Diane Priebe; and sister, Jean Priebe.

Earl Frederick Priebe was born on June 24, 1925 in Valley City, ND to Frederick and Viola (Beil) Priebe. He attended Noltimier School and graduated in 1943. On February 19, 1946, he joined the US Army, serving in the Philippines and Korea... View Obituary & Service Information

The family of Earl Priebe created this Life Tributes page to make it easy to share your memories.

Send flowers to the Priebe family.