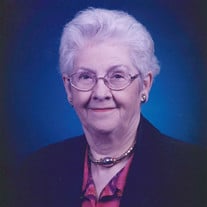 The funeral service for Dorothy Roorda, 84, Valley City, North Dakota, will be 10:30 am Friday, May 19, 2017 at Epworth United Methodist Church, Valley City. Visitation will be 5-7 pm Thursday at the Oliver-Nathan Funeral Chapel, Valley City, with a prayer service at 7 pm in the chapel. Visitation will continue one hour prior to the service in the church. Burial will be in Memory Gardens, Valley City. She passed away peacefully on Sunday, May 14, at the Sheyenne Care Center, Valley City. Dorothy Ruth Fosdick was born April 2, 1933 at Hope, North Dakota, the daughter of Carrington and Zelma (Fulton) Fosdick. Dorothy graduated in 1951 from Hope High School. She attended Valley City Teachers College in the summer of 1951. In the fall of 1951 she taught for one year at rural Portland, North Dakota. In the summer of 1952 she went back to college and finished in 1953 with a teaching degree. Dorothy taught one year in Watford City, North Dakota, where she taught 6th grade. Dorothy moved back home and married Perry Roorda on June 1, 1954. Dorothy and Perry made their home in rural Ypsilanti, North Dakota. Dorothy went to Sanborn to teach 6th grade for the 1954-1955 school year. She was a housewife and mother of four children. In 1981-1985 she went back to college at Valley City State University to further her teaching degree. Dorothy taught Spanish at Montpelier Public School during the 1990-1991 school year. In July of 1995 she and Perry moved to Valley City. Dorothy enjoyed sewing and made many many beautiful quilts. She also enjoyed spending time with family and friends. Dorothy was an active member of Epworth United Methodist Church. She is survived by her husband, Perry, of 62 years; two sons, Reginald (Pat) Roorda, Lakeville, Minnesota, Cordell (Paulette) Roorda, Farmington, Minnesota; two daughters, Londa Evenson, Bismarck, North Dakota, Della (Joel) McClean, Ypsilanti, North Dakota; nine grandchildren, two great grandsons; two brothers, Gaylord Fosdick, Cheyenne, Wyoming, Milton Fosdick, Hope; and many nieces and nephews. Dorothy is preceded in death by an infant son, Robert, her parents and two sisters, Virginia Vosgerau and Mervel Parkman. Memorials may be given to Hospice of the Red River or the Epworth Endowment Foundation. Funeral arrangements for Dorothy have been entrusted to the care of the Oliver-Nathan Funeral Chapel. An online guestbook is available at www.oliver-nathanchapel.com

The family of Dorothy R. Roorda created this Life Tributes page to make it easy to share your memories.

Send flowers to the Roorda family.