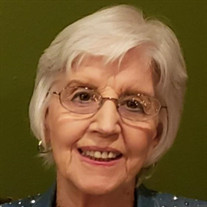 Not sure what to send?

Donna Lea Grindahl, 84, of West Fargo, ND, formerly of Litchville, ND, passed away on January 17, 2022 at Good Samaritan Society in Arthur, ND after suffering a stroke. She had been loved on by many family members and friends in the days proceeding, and was at peace to be with the Lord and reunited with her sister Joan. Born May 8, 1937 to Carl and Amy Grindahl of rural Litchville township, LaMoure County, ND, and a twin to her older brother Donald Lee Grindahl. The two shared a special bond and at the end,her twin did not want to leave her side, held her hand and told her how beautiful she was. Donna grew up on the family farm in rural Litchville township, graduating from Litchville High School in 1955. But Donna had a sense of adventure and headed for the California coast in the late 60’s, where she began a lifelong career working for Pacific Bell Telephone (later Northwestern Bell) in Sacramento. After retiring in 1992 and moving back to West Fargo, ND to be close to family, she would often meet up with her friends Cyenna and Linda from California in Lake Tahoe or Vegas to do a “little” gambling and take in some shows. She looked forward to those trips with her girlfriends. When not traveling, you could often catch her hopping the bus to a local casino to try her luck at the slots. Donna was one lucky lady, but we were all much luckier to have her in our lives! She’s been a very special sister, aunt, friend, neighbor and great aunt to many. In fact, instead of being “great aunt Donna”, she was dubbed “Donna the Great” long ago. The title stuck and she proudly signed every birthday card and Christmas card with her new title. Donna is survived by her brothers Donald (Janie) Grindahl, Lance Grindahl and Lyle (Cheryl) Grindahl, nephews Kevin, Kelly, Kyle, John, Tim and nieces Jill and Donna, plus many great (and great, great) nieces and nephews who she loved, adored and most certainly spoiled! She was preceded in death by her parents Carl and Amy Grindahl, brother Ames (Phyllis) Grindahl and sister Joan (Grindahl) Haarstad. A burial service for Donna Lea Grindahl will take place Friday, May 27, 2022 at North LaMoure Cemetery, Litchville, ND at 10:30 AM, followed by a celebration of Donna’s life at the West Fargo VFW. Funeral arrangements have been entrusted to the care of Oliver-Nathan Funeral Chapel, Valley City. An online guestbook is available at olivernathanchapel.com

Donna Lea Grindahl, 84, of West Fargo, ND, formerly of Litchville, ND, passed away on January 17, 2022 at Good Samaritan Society in Arthur, ND after suffering a stroke. She had been loved on by many family members and friends in the days proceeding,... View Obituary & Service Information

The family of Donna Lea Grindahl created this Life Tributes page to make it easy to share your memories.

Send flowers in honor of Donna.