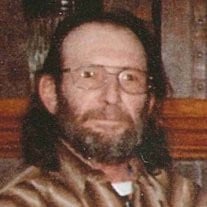 The funeral service for David Wayne Klein, 57, Sanborn, North Dakota, will be 10:30 am Tuesday, June 4, 2013 at Sacred Heart Catholic Church, Sanborn, with Deacon Jim McAllister and Deacon Ed Didier officiating. Burial will be in Sacred Heart Cemetery, Sanborn, with military honors by Eckelson-Sanborn American Legion Post 202 and the US Navy Honors Guard. David died unexpectedly on May 31, at his home. Visitation will be 4 – 7 pm Monday at Sacred Heart Catholic Church with the Rosary service at 6:30 pm followed by a prayer service at 7 pm. Visitation will continue one hour before the service at the church. David Wayne Klein was born July 7, 1955, in Valley City, ND, the son of Donald William and Dorothy (Altringer) Klein. He grew up in Eckelson where he attended school. David graduated from VCHS in 1973. He served in the US Navy from 1973 to 1979 and upon his discharge he attended Wahpeton State Science School for diesel mechanics. Following schooling he worked for Geisler Implement Co., Valley City, for several years until working for the Barnes County Highway Department. David began working on his own and ran Dave’s Repair, Sanborn, where he did mechanical work and farm calls. On June 26, 1981 he married Christie Blumler and they made their home in Sanborn. David was always willing to help someone. He loved to tinker, race ATV’s, and hunt. His latest passion was catering with his homemade smoker. David will be greatly missed by his family and friends, and by his dog, Jasmaine. He was a member of the Eckelson-Sanborn American Legion Post 202, the Sanborn Fire Department and a life member of North American Hunting Club. David is survived by his two daughters, Ashley Lynn Klein, Ada, MN and Aubrey Lynn Klein, Sanborn; his mother, Dorothy Klein Ost, Valley City; brothers and sisters, Mark (Carol) Klein, Valley City; Shelly (Jeff) Differding, Valley City; Susan (Ken) Didier, Valley City; Neal (Vicki) Klein, Spiritwood Lake, ND; Kathy (Kevin) Hudson, Wahpeton, ND; Dean (Brenda) Klein, Valley City; several aunts and uncles; and many nieces and nephews. He was preceded in death by his father. Funeral arrangements for David have been entrusted to the Oliver-Nathan Funeral Chapel, Valley City. An online guestbook is available at www. oliver-nathanchapel.com

The family of David Wayne Klein created this Life Tributes page to make it easy to share your memories.

Send flowers to the Klein family.