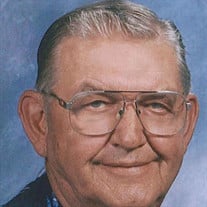 The memorial service for Dale Bernard Kiser, 79, Valley City, North Dakota will be 10:30 am Friday, September, 18, 2015 at Our Savior’s Lutheran Church, Valley City, with Rev. Randy Schlecht officiating. Inurnment will be in Woodbine Cemetery, Valley City. He died Wednesday, September 16, at Stanford Palliative Care, Fargo, ND. Visitation will be one hour before the service at the church. Dale Bernard Kiser was born June 21, 1936 in Green Township, Barnes County, North Dakota, the son of Orla and Margaret (Olson) Kiser. He attended Green School and graduated from College High, Valley City, in 1954. Dale then worked for the Barnes County Creamery. On June 1, 1958, he married Carol Cruff. They made their home in Valley City until moving to Sanborn, ND, where he operated the bowling alley. They later moved to Ellendale where he also managed a bowling alley. Dale and Carol eventually moved to Fargo, where he worked for Cass County Creamery, until being called by his father that he needed help on the farm so they returned to Valley City. In 1967, he began working for the Barnes County Highway Department and after 33 years there, he retired in 2000. Carol died on September 3, 2012. He was a member of the American Legion and past member of the Eagles and VFW. Dale is survived by his four children, Mark Kiser, Tara Kiser, Beth (Dave) Dvorak, and Marlin “Herb” Kiser; six grandchildren, three great grandchildren, two step-grandchildren, and four step-great grandchildren; a brother, Jim Kiser, Fargo; and a sister, Shirley Olson, Barnesville, MN. He was preceded in death by his parents, his wife, Carol, and a son, Monty. Dale died Wednesday, September 16, 2015 at Sanford Palliative Care, Fargo, ND. Funeral arrangements have been entrusted to the care of the Oliver-Nathan Funeral Chapel, Valley City. An online guestbook is available at www.oliver-nathanchapel.com

The family of Dale Bernard Kiser created this Life Tributes page to make it easy to share your memories.

Send flowers to the Kiser family.