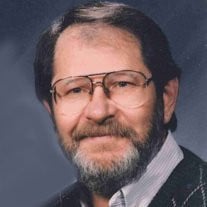 The funeral service for Charles “Chuck” Thompson, 69, Valley City, ND, will be 2 p.m. Monday, July 1, 2013 at Trinity Lutheran Church, Valley City, with Rev. Dan Forsberg officiating. Burial will be in the Gem Cemetery, rural Woodworth, ND. He died at Mercy Hospital in Valley City on June 28. Visitation will be 4-7 pm Sunday at the Oliver-Nathan Funeral Chapel, Valley City, with a prayer service at 7 in the chapel. Charles Thomas Thompson was born September 2, 1943 in Woodworth, ND, the son of Lester and Marie (Reider) Thompson. At the age of two his mother died and he went to live with his grandparents in Carrington, ND where he attended school until returning to Woodworth to attend high school and graduated in 1961. Chuck was united in marriage on February 23, 1963 to Lorraine Mariner in Woodworth. They made their home in Valley City, where Chuck worked for the state highway department. He then worked for General Trading for 12 years before becoming a partner in Big A Auto Parts Store. The store was sold in 1982 and Chuck then began working to Allard Trophy, Valley City, and S & S Specialties, Fargo. He and Lorraine traveled to many places when their boys where young. A lot of Chuck’s trips where taken in conjunction with Indy and NASCAR races. He also liked visiting museums and loved history. He was a member of Trinity Lutheran Church, Valley City Fire Department, and Valley City Eagles. Chuck is survived by his wife, two sons, Michael Edward Thompson (wife, Cathy), Colorado Springs, Colorado; Leslie Charles Thompson, Valley City; two grandchildren, Patrick Tessier and Laura Tessier; a brother, Loren Lester Thompson, Washington; two sisters Rendae (Steve) Flaig, Jamestown, ND; Sonia Thompson, Texas; aunt, Del Rose Wicks, Valley City; Ruth (Willard) Thompson, Fargo; and an uncle, James Schlenker, Fargo. He was preceded in death by his parents and step mother. Funeral arrangements have been entrusted to Oliver-Nathan Funeral Chapel, Valley City. An online guestbook is available at www.oliver-nathanchapel.com

The family of Charles "Chuck" Thomas Thompson created this Life Tributes page to make it easy to share your memories.

Send flowers to the Thompson family.