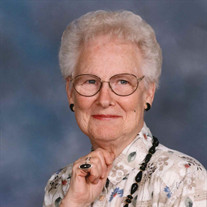 The memorial service for Carol LaVerne Jorissen, 78, Valley City, North Dakota will be 1:30 pm Monday, March 13 at First Baptist Church, Valley City. She died peacefully at her home on Monday, March 6, 2017. Carol LaVerne Hulst was born on December 17, 1938 at Grand Forks, North Dakota, the daughter of Herman and Karoline (Trosen) Hulst. She attended her first eight years of schooling at Strabane #106, a country school near Inkster, North Dakota. She graduated from Inkster Public School. She was united in marriage to Donald Henry Jorissen on April 11, 1963 in Valley City. They made their home near Rogers, North Dakota until moving north of Valley City where they have lived the last 48 years. Carol worked four years in food service for the Valley City public schools and substituted for many years. Carol was a member of the First Baptist Church and active in its circle. She is survived by her husband; a daughter and son, Deborah Jorissen, Walcott, North Dakota and Donavon (Emily) Jorissen, West Fargo, North Dakota; and six grandchildren, Victoria Hackett, Tiffany Jorissen, Evan Jorissen, Kristen Jorissen, Liberty Jorissen and Nora Frances (Tyler) Bergh. She is also survived by a brother and a sister, Donald (Rose Mary) Hulst, Denver, CO and Darlyne (Arvid) Bode, Rochester, MN. Carol was preceded in death by her parents and a brother and sister-in-law, Orville and Lura Hulst. Funeral arrangements have been entrusted to the care of the Oliver-Nathan Funeral Chapel, Valley City. An online guestbook is available at www.oliver-nathanchapel.com

The family of Carol LaVerne Jorissen created this Life Tributes page to make it easy to share your memories.

Send flowers to the Jorissen family.