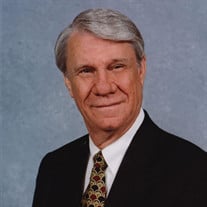 C. Harold Taylor, age 86, passed away peacefully at home on June 19, 2021. His wife of 43 years, Ginger Taylor was at his side. Although not from North Dakota, which his deep southern accent implied, he adopted Valley City as his home. He became a big fan of North Dakota State University but his true allegiance remained with the team from his alma mater, Florida State University. Harold was born August 4, 1934 in Graceville, Florida. He had a real talent for baseball and was named as a starting pitcher for Chipley High School when he was only in the ninth grade. For such a skinny kid, he could really throw the ball! When he graduated from high school in 1952, he went to Washington D.C. and worked for the FBI for a year, before returning to Tallahassee. Harold enlisted in the Air Force in 1953. He stationed at MacDill and worked as a radar operator when he wasn’t playing baseball for the Air Force team. His commanding officer tried to talk Harold into re-enlisting just to keep him on the team! After leaving the service, Harold was approached by the New York Yankees to play baseball, but he was preparing to get married and decided that he needed to get serious about providing for his family. Harold married Emaline Ray in 1957 and entered Florida State University. He graduated in 1961 with a Bachelor’s degree in Finance. Harold began his banking career with Capital City Bank in Tallahassee, Florida. He soon began working his way up the ladder and was soon transferred to the First National Bank of Tampa. Harold became the youngest bank president in the state of Florida, at the age of 34 when he became the President and CEO of the First National Bank in Plant City in 1969. He relocated his family to Plant City, Florida and was involved in many church and civic activities. Harold was a deacon with the First Baptist Church of Plant City and was the President of the Plant City Chamber of Commerce. Harold’s first wife, Emaline, passed away in 1977. He married Ginger Loberg in 1978. Harold retired from banking in 1980. Although he had many accomplishments, Harold’s main goal was to make sure that his family was provided for. He always wanted more for others than he wanted for himself. Harold is survived by his wife, Ginger; his brothers, WC Hardy and Riley Hardy; his children, Scott Taylor, Kimberly Johnson (husband Larry), Joel Taylor (wife Jeanette), Victoria Crist (husband Kevin); his grandchildren, Ariel Jank, William Taylor, and Christine Taylor; Sophia Crist, Draven Crist, Jake Taylor; his great-grandchildren Kaelyn Jank and Ian Jank. The funeral service will be 2:00 pm, Thursday, June 24, 2021 at Oliver-Nathan Funeral Chapel, Valley City with visitation one hour prior to the service. The live stream service will be viewable at https://vimeo.com/565693344 Funeral arrangements have been entrusted to the care of Oliver-Nathan Funeral Chapel, Valley City. An online guestbook is available at olivernathanchapel.com

C. Harold Taylor, age 86, passed away peacefully at home on June 19, 2021. His wife of 43 years, Ginger Taylor was at his side. Although not from North Dakota, which his deep southern accent implied, he adopted Valley City as his home. He... View Obituary & Service Information

The family of C. Harold Taylor created this Life Tributes page to make it easy to share your memories.

Send flowers to the Taylor family.